I don’t do this infrequently enough that it is just on the edge of my memory - I know it’s possible, I just usually have to spend a couple minutes figuring out how to do it. And so I spent the better part of an hour today looking for this such feature, being confused about why it seemingly disappeared.

It seems Apple likes to change the tools, so I guess it’s moved over to something separate called Safari Technology Preview.

In the words of the install package:

Safari Technology Preview gives you an early look at upcoming and improved web technologies, including HTML, JavaScript, and CSS. It comes with the most recent version of WebKit, the rendering engine that powers Safari. You can help us improve these technologies by testing them and sending us your feedback.

The preview runs similar to Safari and have the Develop > Simulator menu which previously appeared in Safari: 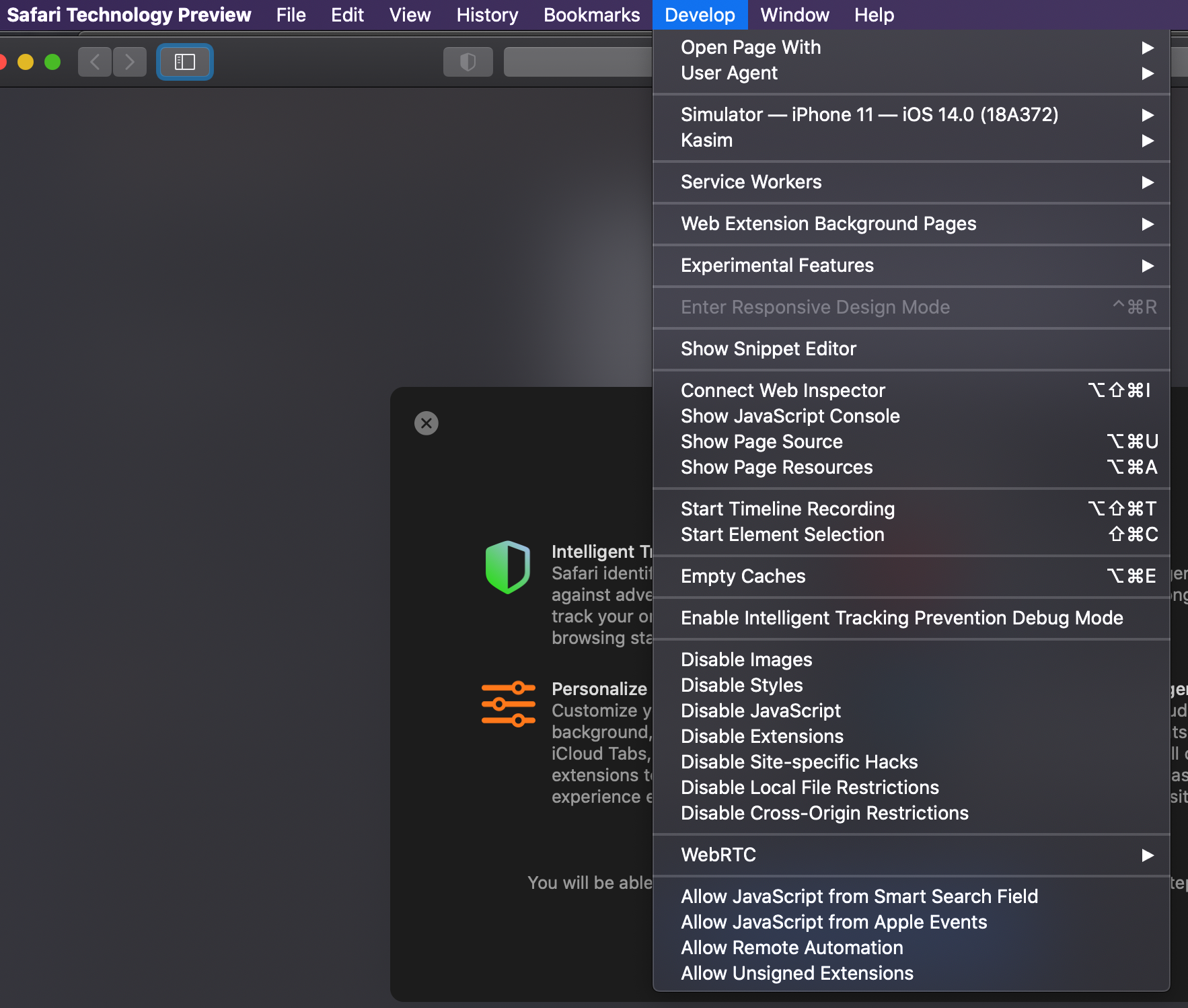